Meet the People Who Will Fight for You 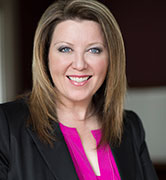 I was born and raised in the east end of Hamilton, Ontario, the last of ten children. I graduated from Bishop Ryan High and went on to attend King’s College, an affiliated College of the University of Western Ontario and graduated with my first degree in 1990. I completed my Honours degree at McMaster University in 1991 and went on to complete a Master of Arts degree at the University of Windsor in 1993. While at Windsor University I also went to Teacher’s College and obtained my teaching degree along with my Ontario Teaching Certificate. After achieving these degrees I decided to put theory into practice and took a lead teaching post in ESL in a private school in South Korea. Once I returned from South Korea I attended the University of Alberta law school and graduated in 1998. I returned to Hamilton to practice law and after articling and writing the bar exams, I was called to the bar in 2000.

When I began practicing law my training was largely in the area of insurance defence work. I understand how insurance companies make decisions and the tactics and strategies they employ to reduce or extinguish claims. Working on the inside of this system has greatly benefited those clients I have served over the years. I only help injured people now.

Education beyond the classroom continues to be important to me and I have given formal and informal seminars to lawyers, service providers and other community groups. I also have many other interests including creating stained glass windows, pottery and playing baseball. I also spend part of my time committed to charitable work so that we may improve the lives of the community in which we serve. I am a past board member of Community Living Hamilton, a past representative on the Special Education Advisory Committee for the Catholic Board, and past president of the Hamilton Lawyers’ Club. 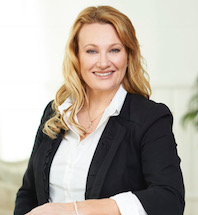 Renee grew up in Grimsby and received her Bachelor of Business Administration Degree at Acadia University. She subsequently obtained her law degree from the University of New Brunswick in 2000. Renee was called to the Ontario Bar in 2002.

Renee’s area of practice is plaintiff personal injury, working exclusively on behalf of injured people and their families. Renee began her career as a defence insurer litigator and thus has a unique and valuable perspective when handling matters. She has assisted many individuals and their family members with accessing accident benefits from their insurance companies, obtaining out of court settlements against at-fault parties and securing long-term disability insurance. She has appeared as Counsel before many levels of the Ontario Courts and has extensive experience advocating before various boards and tribunals.

When Renee is not advocating for her clients, she enjoys travelling and spending time with her three children. 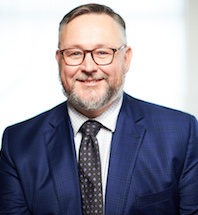 Bruce Cook is a mediator and lawyer.

Throughout his career Bruce has practiced civil litigation. Bruce spent the majority of his career practicing insurance defence and for ten years was a partner at a major insurance defence firm. As a defence lawyer he acted for insurers and/or their insureds in tort, statutory accident benefits cases and long-term disability cases. Bruce has appeared at all levels of court in Ontario including the Superior Court of Justice, the Divisional Court and the Court of Appeal. Bruce has acted as an articling principal and helped train and mentor a number of new insurance lawyers.

Bruce now has a balanced practice as a mediator and as counsel for both plaintiffs and defendants in personal injury, accident benefits and long-term disability matters.

Bruce is the Chair of the Lawyers’ Legacy for Children, the Ray Harris Fund and the Past President of the Hamilton Lawyers’ Club. 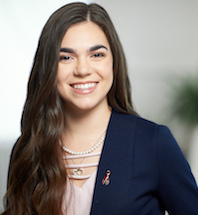 Jenna was born and raised in Hamilton, Ontario, the youngest of two children. She attended Mohawk College to complete her Paralegal studies, graduating in the year of 2016. While enrolled in her Paralegal Studies, Jenna completed her Paralegal Internship working in the field of Criminal Law.

After obtaining her Paralegal diploma, Jenna went on to complete a post-graduate program at Durham College in the city of Oshawa. Jenna graduated with honours from Durham’s Mediation-Alternative Dispute Resolution Program. While attending Durham College, Jenna co-hosted a radio-show where she discussed “hot-button issues” called Campus Ruckus including topics such as breed specific legislation. Jenna wrote her paralegal exam in October of 2017 and obtained her license to practice in January of 2018.

Jenna has been practicing in the field of Personal Injury Law since obtaining her paralegal license. With the knowledge and guidance of her supervising lawyers, Jenna has been able to assist and guide many clients with their files, making the legal process as underwhelming as possible.

In her free time, Jenna enjoys spending time with her Dalmatian dog, her husband, and her family and friends. Jenna’s hobbies include long distance running, hiking, soccer and babysitting her niece and nephews. Her favourite book series is Harry Potter, and she grew up indulging in the wizarding world.

Post or Tweet your Legal Question to Facebook or Twiter and it could be featured in an upcoming episode of the “Personal Injury Minute with Patricia Santucci” Podcast.

Do YOU have a case?

How to Get Started

This Website is intended to provide general information about Patricia R. Santucci Law, PC, an Ontario Professional Corporation. The presentation of information through this site or use of this site does not create a lawyer and client relationship with Patricia R. Santucci Law, PC or any of its lawyers. Nothing in this site is or may be relied on as legal advice, and readers should always take individual professional advice before taking action. Do not send us case information or materials if we have not previously communicated and agreed to terms of retainer. We disclaim liability for errors or omissions in any information contained in this site.